It’s easy to miss something when you’re planning a big event like a wedding. Create yourself checklists to print so you don’t have to worry about forgeting the details.

The Engagement
We parked in the empty lot facing the ocean under a moonless sky. The headlights stayed on so that we could see part of the pitch black view. He had said later that he planned for us to sit on the sand watching the waves, but alas Mother Nature had not been wise to his plan of ambiance. I could hear the waves but not see them. And I sat there with the overwhelming silent tension that SOMETHING big was about to happen…but still, I told myself, it was just another night.

Earlier that summer evening, we had gone to dinner at a local haunt we frequented. It was a night like any other. Yet, while we dressed for dinner, my boyfriend was just a tad more giddy than usual; donned a nicer shirt and pants than was typical; and acted imperceptibly with all the butterfly nervousness of our first date two years hence, as we dined. But there was nothing over the top or demonstrative in his actions, nothing special about time or place. It was just the steady accumulation of little things being slightly off, that made me start to wonder-“would he? No.. he couldn’t! But still…”

I noted the plastic champagne glasses in the back of his truck, as we drove for the beach, a ten minute drive; but still my mind wouldn’t believe what was about to happen. The rest of the night was a dizzying flurry of events…He produced a bottle of champagne and two plastic champagne glasses. We toasted and giggled on small talk. Then he was reaching in his pocket, withdrawing the black velvet box. Would I? Yes! Yes! I would… and we were laughing and I was crying… and his relief…and so happy and in love. It was magic.

Picking the Venue
In my lovely dream walk of newly engaged bliss, I found myself conjuring up images of the perfect wedding-not complicated or high maintenance mind you, but-a romantic priceless day filled with my favorites of everything. In this unreal interlude, price didn’t seem to announce itself. I was wrapped in some gauzy white princess dress, walking hand in hand with my father along the beach to meet my handsome bewildered prince. The guest list was large, the cocktails free, dinner mildly formal, and the honeymoon a grand paradise retreat at some honeymoon suite at the edge of the world. I didn’t expect the finest of everything. I just wanted it to be magical.

In eager anticipation, I started my research online, seeking out various resorts and restaurants on the ocean. I knew that hosting my ceremony and reception here would be one of the wedding economics indulgences; but as I had been told, you spend more in one area, spend less in another; and the ocean was my favorite place in the world.

Well, the more I researched, the more I realized that the wedding rates for an ocean venue were not within our modest budget. I couldn’t assume that our parents would pay, but I could think of no other location that would be special to me. My fiancé who had not surprisingly given me the reigns on planning, offered his parents’ house as the location.

He didn’t care, he would’ve just as well have gotten married at city hall. With no other options in sight, I considered the landscape: Northern N.H., surrounded by mountain views, and 26 acres of land. It had a lot of positives. The guest list was relatively limitless. The scenery provided most of the decoration. There was no check-out time, so we could have guests camp out after the reception. Most importantly, it was FREE! So it was settled. Surely, our parents would be grateful that we had cut costs on the most expensive part of a wedding.

Dress Shopping
Though I started right away searching the Internet for prospective wedding gowns, I really didn’t start getting that serious about it, until I had been to forced to physically shop gown stores with my Mom and best friend. Forced because I didn’t want to try anything on until I was twenty pounds lighter…the picture perfect bride. My best friend who had gotten married two years hence, pushed and pushed until I realized I couldn’t put it off any longer. She reasoned, while rolling her eyes that alterations could be made as much as three sizes down from the initial try-on. Good thing too, because everything seemed to stem from the design and tone of the wedding gown, from bridesmaid dresses to the formality of the decorations and invitations.

After careful research online, I had narrowed down a couple styles, necklines, and designers. There were two types of bridal stores in my area that I could begin with. The first carried one of my favorite designers exclusively, was self-service, and considerably more economical. The other, in contrast, carried all the latest collections and designers, offered full-service attention, and came with a matching ultra-expensive price tag. Since my mother was paying for the dress and I preferred to browse on my own, I chose the former.

Food & Drink
After having found my dress, I realized that another one of the big to-dos was how to feed and entertain the guests. Luckily, a friend of my fiancé had gotten married in that general vicinity a handful of years back. I was of extremely good fortune to have her personalized advice on my side. She even produced a list of where she rented the reception tent, a local justice of the peace, a barbecue buffet-style caterer, and a quaint B&B where she had stayed with her bridesmaids the night before her wedding. Moreover, she gave me phone numbers, price estimates, and tips. I couldn’t have asked for better recommendations. I reasoned that since our wedding would be relatively informal, a barbecue buffet would be just the thing. It was easy and less costly, as well.

Everything was coming into focus. With all the large things taken care of, I started putting down deposits on the dress, caterer, and the tents and felt less and less overwhelmed. I chose my bridesmaids and my fiancé choose his groomsmen. The guest list was finalized. Next was choosing their dresses and tuxes. And invitations. Decorations. Place settings. Favors. Flowers. I was finally starting to PLAN my wedding in earnest. The more I did, the better I felt; it was more fun than it was stressful. Not only would the day be all that I had ever wanted, but the remaining 10 months before it would be spent remembering why my fiancé and I were doing this in the first place. I could now-with a sigh of contentment-spend my remaining engagement dreaming up things borrowed, blue, old, and new.

The bubbly has bubbled and last year is but a memory.  But if that memory is wrapped around your finger and shiny, the next year holds a lot of excitement, planning and promise! The dress, flowers, photography,  music…and so much more…will keep you busy right up to the bell.  With all that lies ahead, it’s easy to become overwhelmed. However, with some simple organization, tackling the biggest day of your life can be fun and relatively stress-free.

Your wedding planning process should begin with what I refer to as the Four Cornerstones — they are the ceremony site, reception venue, photography and music. Once these are secure, you can build anything upon it.

First up, the ceremony. Often reduced to the smallest part of the wedding day, the ceremony really is the heart of the whole celebration.  Without it, it would resemble prom night, right? Albeit, without the spiked punch and lame decorations but you get what I’m saying.

So, ask yourself this…do you want to get married in a church? Gazebo? In the gardens of a Country Club? The backyard of your family home? Where and how you want to exchange vows will set the course toward your reception venue. Meaning, if you want your vows under a trellis of roses overlooking the 18th hole, then it would make sense to search for a golf club that will accommodate both the ceremony and reception.

If your declaration is to be made within the walls of a church, starting there is important. Many schedule ceremonies around regular worship so your ideal time slot may not be available. Knowing this before you head to the reception venues will make things much easier to plan.

Choosing the right reception venue is an area where time and consideration should be spent. It can be a bit trickier since there are more moving parts to consider…how many guests can comfortably fit, budget and catering needs are only a few.  Another one high on the list is the style that you’re envisioning for your wedding day. You don’t want to pick a formal spot if you want a casual wedding. Virtual tours and photo galleries are a great way to do initial legwork but once you’ve narrowed it down,  scheduling a physical tour and meeting the coordinator  is paramount. A beautiful facility and a less than attentive coordinator can make for a stressful planning process…and vice versa…an extraordinary coordinator can pave the way to your special day with ease and comfort.

Often times, a venue will have a list of preferred vendors which will help begin the search for your photography and music.  Nowadays though, social media and wedding review sites can aid in the vetting process for both. Reputable, established photographers and musicians typically begin booking dates 6–9 months in advance so starting earlier in the planning process is recommended.
Both of theses choices can make or break your wedding memories. The photography is the single item that will live on after the wedding day is done. Making a hasty choice here is like rolling the dice…sometimes you win and sometimes you don’t.  And since the old adage “you get what you pay for” is usually true, selecting a photographer based on price alone is a gamble as well.

Beyond style and price, your photographer is the vendor that is with you the longest on your wedding day. A good and relaxed repoire with him/her is essential. Trust me…if you don’t like your photographer the photos will show it.

By the time you’re ready to boogie, the entertainment will be a much-anticipated treat. After hours of obligation, your emancipation to the dance floor will release all the stress of the day, not to mention the entire planning process. Selecting a DJ that suits your style of entertainment should be your first consideration. Meaning, you don’t want a fire-breather showing up if all you want is someone to spin the tunes. Ask to stop by an actual wedding so you can see for yourself. Watch him/her in action is the best way to decide. Their music selection and how well they read the crowd can also make all the difference.

If it’s a band you choose, the same advice applies. It would be even more important to stop by an actual event to see the band in their groove. Hearing their volume and pitch, and watching the crowd respond to it, would be a strong indicator of how your reception will go.

Once your four cornerstones are in place, breathe easy. Enjoy thumbing through magazines, cutting out dress styles, color palettes, and styles ideas to pull together the details of your day. Most of all, have fun…it’s only just begun! 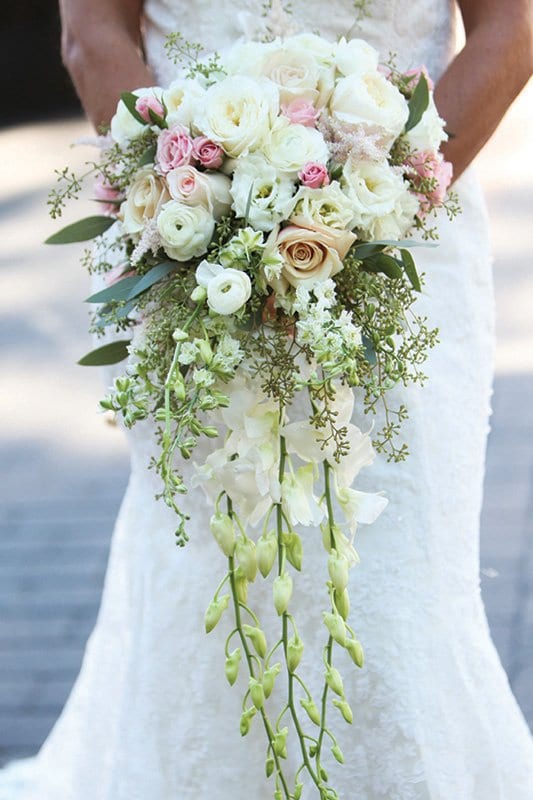 Mill Falls at the Lake 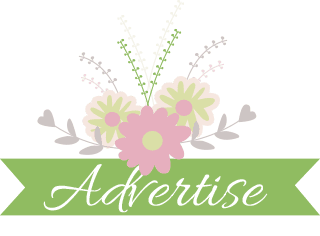